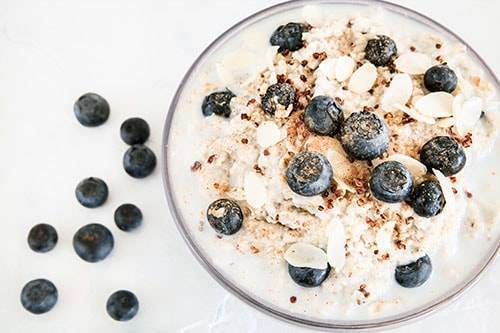 It’s not something we think about a lot, but mucus plays a significant role in our overall health. Mucus serves an important purpose as far as trapping debris to clear from our lungs when we cough. It acts as a barrier, keeping the bad stuff out of our lungs that we breathe in on a regular basis. Mucus also defends our bodies, thanks to the proteins, enzymes, and antibodies living inside that helps to get rid of whatever we inhale from the air that could potentially cause illness.

It gets a bad rap when we’re sick, but, in reality, mucus isn’t a bad thing at all. The problem comes when your body produces more mucus than you need. Having excess mucus can cause discomfort and even make it difficult for you to breathe.

Certain diseases, in particular, chronic bronchitis and chronic obstructive pulmonary disease (COPD), naturally cause increased mucus production, which can lead to complications and make things go from annoying to downright dangerous when you get hit with a serious virus.

Fortunately, there are ways you can combat increased mucus production. Whether you have an underlying lung disease or not, there are steps you can take to reduce mucus production in your body just by eating certain foods and following an anti-mucus diet.

As with all diets, everybody will react differently. Make sure to talk to your doctor before trying this or any other diet. While following the anti-mucus diet will more or less lead you to a healthy diet, there is always the chance that your personal experiences and underlying medical conditions can impact your results.

What is an Anti-Mucus Diet, And How Does it Work?

An anti-mucus diet is a largely plant-based diet that is designed to reduce the excessive amounts of mucus that your body produces. Before we get too far into defining an anti-mucus diet, let’s be clear about one thing—you can’t completely eliminate mucus in the body.

The anti-mucus diet isn’t designed to have your body make zero mucus. Instead, it’s designed to lower the amount of mucus your body produces by targeting foods that are likely to trigger an allergic reaction or add histamine to your system, both of which can cause increased mucus production.

The goal of an anti-mucus diet is to prevent your body from overproducing mucus. A healthy body will, on average, produce 1.5 liters of mucus per day. You don’t notice it because, on a normal day, most of it slides down your throat.

If you’re a smoker, you probably produce more mucus than average. This is because the cilia, which are responsible for clearing mucus from your lungs, become damaged over time. Once they’re damaged, the cilia cannot clear mucus, and so the mucus gets stuck in your airways.

You’ll also produce more mucus when you are sick with an infection that targets your upper respiratory tract (such as a cold or the flu) or if you are having an allergy attack. In addition to having more mucus, your mucus will change in consistency and color.

On an anti-mucus diet, you’ll focus on eating food that will nourish your body without causing a reaction that can create additional mucus production. First, we’ll look at the types of foods that you should avoid on an anti-mucus diet so you can start eliminating them from your diet one by one.

Foods to Avoid on an Anti-Mucus Diet

You may be disheartened to discover that a lot of the foods that are known for creating mucus are also a part of your daily diet. Don’t despair; we’ll go over all the great foods that you can eat on an anti-mucus diet in just a minute.

Foods that are known to cause allergic reactions

If you have known food allergies, then you will definitely want to avoid those on an anti-mucus diet. You will also want to avoid foods that are prone to causing allergic reactions, including the following:

Foods that have histamine

One of the main causes of excess mucus is histamine. If you have seasonal allergies, you’re probably familiar with taking antihistamines to combat your allergy symptoms. When your body is exposed to histamine, your nasal passage tissues will start to swell, leading to increased production of mucus. This usually manifests as a runny nose, itching eyes, nasal stuffiness, and sneezing.

We usually correlate histamine with seasonal allergies, but there are other ways to get exposed. Because histamines can cause your body to produce excess mucus, you will also want to eliminate foods that naturally contain histamine or are known to cause or increase histamine production. These are often called mucus-forming foods because, when your body’s histamine levels are elevated, you tend to naturally make more mucus.

Everyone is different. You might not experience any increase in mucus levels when you eat foods that include histamine, or you could notice a noticeable amount of increased mucus. If you notice that a certain food leads to an increase in mucus, speak to your doctor as this could suggest a food allergy.

Some foods that naturally cause an increase in histamine include:

Foods that cause phlegm

Even though they’re frequently used interchangeably, mucus and phlegm are not the same thing. Mucus protects the tissue that lines your lungs and throat, as well as your sinus and nasal passages. Under normal conditions, mucus is generally thin and clear.

Phlegm is mucus-like, but it has a few different properties. Most importantly, it’s produced by your lungs and respiratory system, rather than lining these parts of your body like mucus. When you get sick and start coughing up mucus, you’re coughing up phlegm.

To that end, here are some foods to avoid on an anti-mucus diet because they can produce excess phlegm:

Benefits of an Anti-Mucus Diet

You’ll also notice that a lot of foods that are not allowed on the anti-mucus diet are those that we normally considered healthy: strawberries, yogurt, pineapple, spinach, eggs, etc. Because so many foods that are not allowed on an anti-mucus diet are important for providing your body with vital nutrients, it’s not recommended to stay on the diet for very long periods of time.

In addition to reducing mucus production within your body, following an ant-mucus diet will also reduce inflammation. Some inflammation is OK in your body, and it can even be helpful. When you’re sick or injured, your body naturally undergoes the process of inflammation to protect you from harm. However, chronic inflammation can lead to serious chronic illnesses, such as diabetes, heart disease, and even cancer.

Reducing inflammation improves your overall immune health. When an area of your body becomes inflamed, your immune system kicks in. Your nutrition impacts your body’s immune response, which can affect how your immune system functions when it’s stressed.

What You Can Eat on an Anti-Mucus Diet

Ok, so we’ve talked about what you can’t eat on an anti-mucus diet. Let’s switch focus to all the delicious foods you can eat that reduce mucus as well as inflammation.

In addition to providing valuable nutrients for your body, most fruits and vegetables are naturally anti-inflammatory. Dark berries and leafy greens can be especially beneficial if you are interested in combining your anti-mucus diet with an anti-inflammatory diet.

Avoid caffeinated beverages, which can make it difficult to sleep, and thick, creamy soups, which can increase your mucus production. Instead, sip on these calming liquids:

We often shudder at the thought of adding fat into our diet, but fatty acids are actually really good for you, especially if you’re looking to lower inflammation and decrease your body’s mucus production.

Specifically, Omega-3 fatty acids can help break up phlegm and reduce inflammation. For best results, replace protein that could make your inflammation worse and increase your mucus production (i.e., whole milk, high-fat cheese, red meat) with some of these fatty fish alternatives, which serve as excellent sources of protein:

You can bake, grill, or broil any of these fish and pair them with some of the fruits and vegetables listed above to have a nice, filling, anti-mucus and anti-inflammatory lunch or dinner.

Additionally, certain nuts and seeds contain fatty acids that can help you stay full and satisfied without increasing mucus production. These include:

If you haven’t already replaced your standby vegetable or canola oil with olive oil, now is a great time to start. Olive oil has lots of known health benefits and is known for being rich in antioxidants. For best results, use extra virgin olive oil, which is the highest quality of olive oil available on the market.

Studies have shown that people who regularly consume olive oil have a lower instance of cardiovascular events than those who are on a low-fat diet. As far as our immune systems are concerned, there have been studies that suggest that consuming olive oil can improve gut health and intestinal health.

Incorporating olive oil into your diet is easy. You can drizzle it on a salad or use it in place of canola oil in recipes.

Other foods to try with an anti-mucus diet

Some foods seem to destroy mucus production but don’t fit into a nice, neat category. These include the following:

You can never completely rid your body of mucus, but you can take steps to reduce the overproduction of mucus by changing your diet. As always, talk to your doctor before making any drastic changes to your diet. If it seems like too much to cut out all of the foods to avoid, start slowly. Make a few changes a week until you are more or less sticking only with the foods that we have listed as being good to eat on an anti-mucus diet. 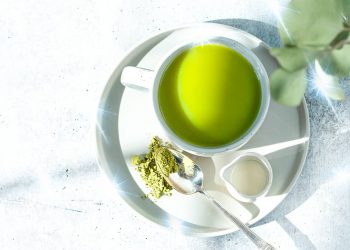 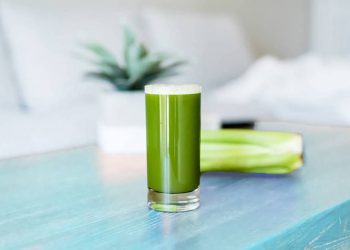